Mauro Icardi and his wife, and agent, Wanda Nara would not mind returning to Inter at the end of the season but Inter have other ideas about his future.

Icardi is currently out on loan at French outfit Paris Saint Germain who have an option to buy him for €70 million but as per the report, Icardi will ultimately have the final say as he will get to make a decision if PSG activate that option.

PSG sporting director Leonardo wants to take up the option, much to the delight of Inter who will receive a huge boost to their transfer kitty if PSG do sign him. 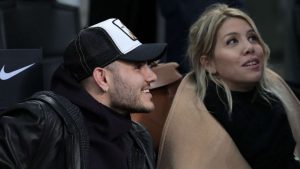