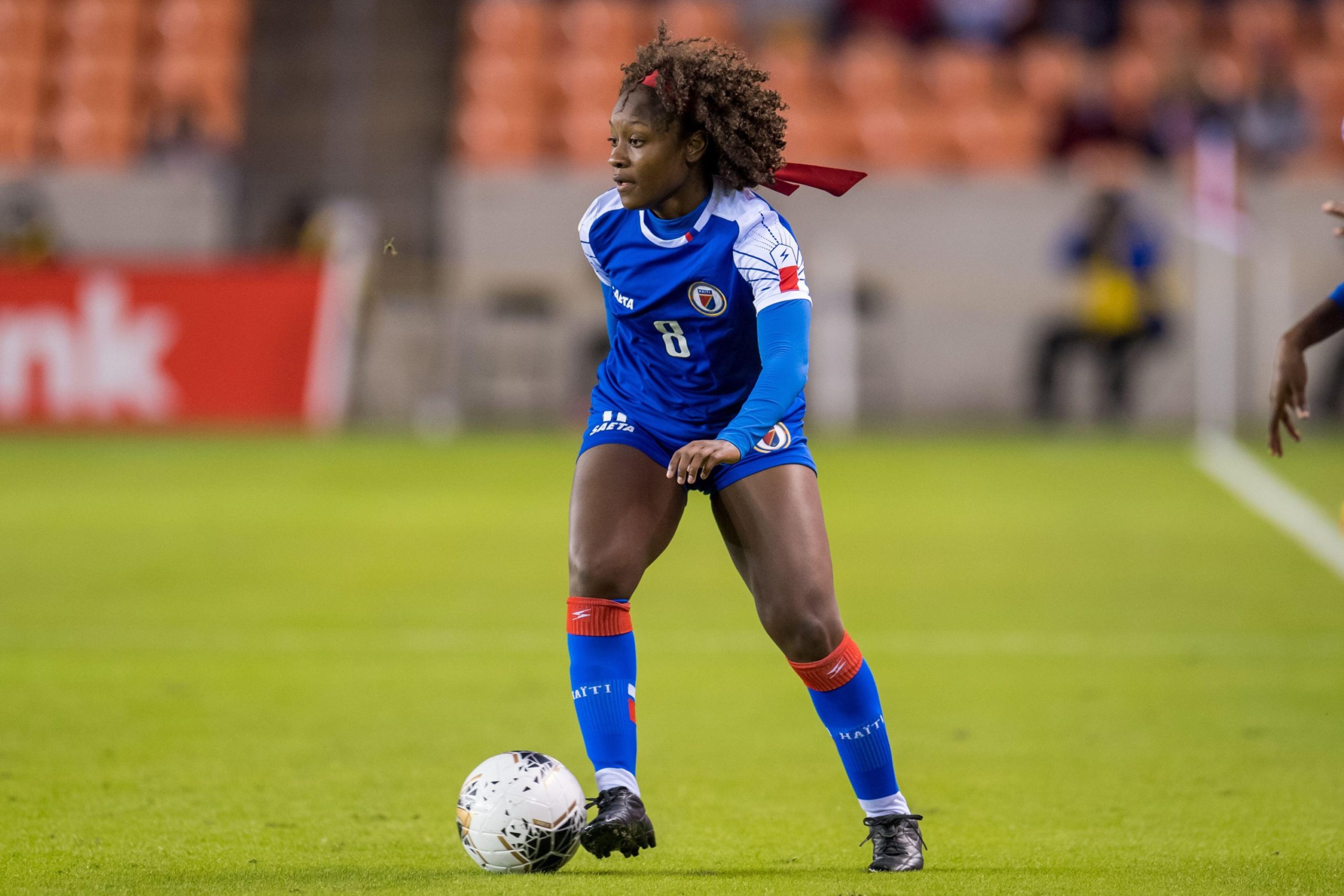 Danielle Étienne didn’t expect it to happen this early but there she was walking on Juan Ramon Loubriel Stadium in Puerto Rico to make her senior team debut for Haiti as an 18 year old. It was a tough game to make a senior team debut, Les Grenadieres were playing a Caribbean Olympics qualifier versus Suriname last October.

Since Étienne was only a teenager, of course, she was nervous, yet she was ready to prove that putting her name in the starting line up “wasn’t a mistake.”

As Haiti’s anthem was playing from the speakers, the youngster stood alongside her teammates and put one hand behind her and the other one on her chest. The Haitian team is very young, averaging, 19.8 years of age, however, she was and still is one of the youngest and shortest players in their starting line up, standing at 5’ 3.

The midfielder put up a stellar performance against Suriname to help Haiti win the match 10-0. After her dream debut, Étienne had to face a couple of rough learning experiences. Haiti fell to the United States, 4-0, and to Costa Rica, 2-0, in the next round of the Olympics qualifiers in late January.