Is development in Little Haiti, future home of a $1 billion innovation district, fueled by a changing climate?

Bernardy and Tiblanche St. Fleur have seen a lot from their perch on Miami’s Second Avenue, where they have run a modest grocery store for the last 25 years. Down the block from the famed Mache Ayisyen, a marketplace in the center of the city’s Little Haiti neighborhood, the couple sells food and beauty products that offer immigrants links to their Caribbean birthplaces.

But a short walk from the St. Fleurs’ front door, another community is set to radically change the look of their neighborhood. Magic City, a planned billion-dollar commercial and residential district targeting startups and entrepreneurs, got the go-ahead from city commissioners to break ground last June. The 18-acre mixed-use development was, as of last November, mostly just purple signage, a few scattered office buildings, and a warren of old warehouses. (Magic City’s developers have said no residents or existing businesses will be displaced.) But over the next 15 years, MCID Developers plans to erect buildings as tall as 25 stories, along with a pop-up theme park designed by Cirque du Soleil founder Guy Laliberté; one of the developers told the Miami Herald in 2018 that it can “be the engine that pulls the Little Haiti train.”

“We have nothing against the developers,” says Bernardy St. Fleur. “Maybe it brings more business, maybe rent goes up. There’s been lots of activity, but we’re not anxious yet.” Continue reading 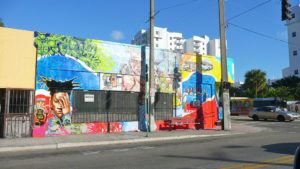 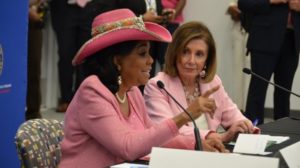