On Jan. 12, President Jovenel Moise commemorated the 10th anniversary of the earthquake that took the lives of roughly 250,000 people. Moise laid flowers during a memorial at Mausoleum of Saint-Christophe in Titanyen. He was joined by First lady Martine Moïse, Jean Michel Lapin, Carl Murat Cantave , Gary Bodeau and René Sylvestre, as well as, members of the High State of the National Police of Haiti and the Armed Forces of Haiti. 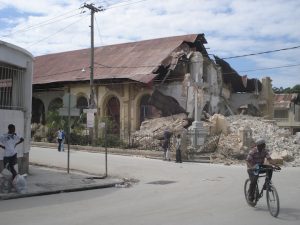