On Jan. 12, Kreyol Essence founders Yve-Car Momperousse and Stéphane Jean-Baptiste announced during their appearance on Shark Tank they will be launching in Ulta Beauty stores. The national chain of beauty stores will carry 12 SKUs of Kreyol Essence’s hair care products.

“We’re grateful to the Ulta team,” Momperousse said, during a viewing party for the episode. This is a “gamechanger for our community to be in [one] of the largest beauty retailers in the country. “

The natural hair, skin, and body brand also walked away with a deal from Kevin O’Leary aka Mr. Wonderful. Leary offered $400,000 for a royalty deal where he would earn in perpetuity 25 cents for every unit sold, plus 5% equity in Kreyol Essence. 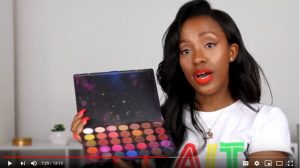