This story was supported by the Pulitzer Center.

For nearly a century before the 2010 earthquake, Haitian presidents lived in an ornate palace at 6110 Avenue de la République. Jacques Bingue, an active Diaspora member and chief technical officer for the energy development organization Group Citadelle, said Haiti’s former National Palace rivaled the White House and even Buckingham Palace in its opulence.

Like the 19th-century fortress Citadelle Laferriere, the building stood as a symbol of Haiti’s sovereignty and independence.

“It was one of those things that Haitians were very proud of because it was designed by Haitians in the past,” said Ilio Durandis, a Haitian American who served as a dean at the Universite Notre Dame d’Haiti from 2014 until last year and now resides in Boston.

The grounds that once contained the National Palace tell the story of Haiti’s enduring and turbulent history ‒ one marked by foreign interference from the outset to the present day. French governors of the former Saint-Domingue colony occupied the first structure on the grounds. After the success of the 1804 revolution, Haiti’s first president, Alexandre Petion, took up residence there.

The palace would be completely destroyed and rebuilt twice between 1869 and 1920, during times of political unrest. Georges Baussan, a Haitian graduate of the Ecole d’Architecture in Paris, designed the most recent iteration, in 1912. During the 1915-1934 United States occupation of Haiti, the Army Corps of Engineers finished construction.

The 2010 earthquake that claimed the lives of about 250,000 Haitians left the palace in grave disrepair, with the second floor, main hall and staircase almost completely demolished. Pieces of concrete and rubble lay strewn across the palace grounds. Continue reading

Sam Bojarski, a freelance journalist, has reported in communities from Pennsylvania to Port-au-Prince. His work has appeared in national publications, as well as local newspapers in his hometown of Pittsburgh. 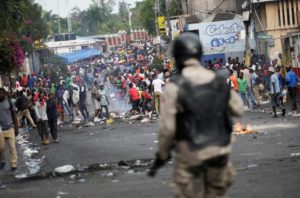 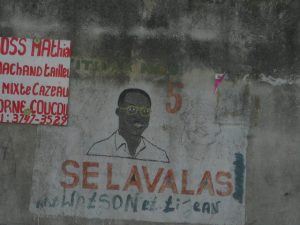