Mama Cax, the Haitian-American creative, model, and advocate known for her work to make the fashion industry more inclusive for differently abled women and women of color, died on December 16, according to an Instagram post from this morning. She was 30.

Earlier this month, while in London for a photoshoot, Cax discovered blood clots in her leg, thigh, abdomen, and around a medical filter near her lungs that was implanted when she first battled cancer in her teens. According to the Instagram post, she spent a week in the hospital, battling illness with “the same grit” that she brought to her entire life.

Cax, who lost her leg to bone and lung cancer when she was 14, spoke generously and openly about how disease affects not only the body, but also the spirit: “Childhood cancer left me with a

Cax, who lost her leg to bone and lung cancer when she was 14, spoke generously and openly about how disease affects not only the body, but also the spirit: “Childhood cancer left me with a million scars (mostly emotional)” she wrote. The ferocity with which she advocated for self-care, self-love, and self confidence through creative pursuits made her an undeniable force that helped trigger a new, more empowered phase within the fashion industry. Despite the fashion industry’s notorious reluctance to embrace different kinds of bodies, her career was as dazzling as the rhinestones that frequently appeared on her prosthetic leg. She was the face of Refinery29’s Take Back The Beach editorial in 2016. She landed her first campaign for Wet n Wild in 2017, and went on to model for major brands like Tommy Hilfiger and ASOS, and in 2018, she landed a Teen Vogue cover. She made her runway debut at Chromat’s always-inclusive show, appearing on the catwalk in crutches and swimwear in September 2018. She was also much-followed street style star during New York Fashion Week; her electric outfits were fearless, expressive, and experimental, gleefully combining dozens of references, colors, shapes, and designers as if she couldn’t get enough of the beautiful, lovely things in life. Cax brought a unique perspective to body positivity that challenged the way the movement has been perceived by the mainstream. After speaking at a recent panel for Oprah Magazine, she posted on her Instagram, “Body positivity [is] not only [about] embracing yourself and your body’s journey but learning that if your embracement of bodies does not include ALL BODIES it is not body positive. […]  I always remind my audience that their bodies allowed them to get to work and at the end of the day it will take them home to their loved ones. […] If you’re not ready to love your body for how it looks, admire it for how far it’s gotten you.” Continue reading 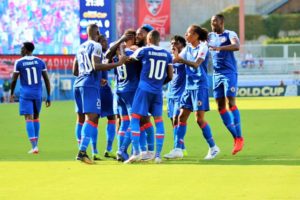