Haiti Jazz Festival to Push Through Despite Country’s Instability

Since its inception, the Port-au-Prince International Jazz Festival (PAPJAZZ) has become a staple in Haiti’s calendar.  Many anxiously await January to partake in the diverse musical events, discover new international jazz artists, see some of their favorite local artists and meet new talent. While the after parties afford a cozy intimate setting and spontaneous vibe that are as impressive as the concerts themselves.

The 14th edition of the PAPJAZZ Festival however is uncertain due to the sociopolitical unrest that has paralyzed the country on and off over the last 18 months, with the worst of it having taken place over the last four months. Under “peyi lok,” businesses at all levels have been impacted. Some enterprises were looted or vandalized, while others have had to downsize or lay off staff, or even close their doors indefinitely. In addition, the tourism industry, which for the past few years has been at an upward trend, is now at a standstill.

PAPJAZZ organizers though are moving forward, despite the many challenges they’re facing in putting together the event that is scheduled for Jan. 18 – Jan. 25, 2020. When festival organizers Milena Sandler and Joel Widmaier announced they were forging ahead with their plans, they received encouraging words urging them not to give up.

People were asking us not to give up and to save what can still be saved, Sandler, general manager of Foundation Haiti Jazz said. “The PAPJAZZ festival is one of the few things that we have left,” one supporter said to her.  It is a commitment to the community and country, as well as a passion that has been driving the team despite the obstacles they’ve faced.

“With such challenges as a of lack sponsors – this past year has been so critical for the private sector.  Most of them cannot commit to anything until things settle down, at best,” she said. “In addition, political uncertainty weakens public administration, everything takes more time and the government’s commitment vis-à-vis PAPJAZZ is also compromised.”

Sandler and Widimaier launched a crowdfunding campaign to raise funds and mitigate the impact the country’s civil unrest has had on the festival. To date, they’ve raised nearly $6,000 of their $10,000 goal.

“Over the years, the Jazz Festival has exposed me to so many great artists.  I am overjoyed to hear the festival will take place in 2020,” Angela Galbreath, an American PAPJAZZ aficionado who resides in South Carolina said. “There is something so reassuring about the consistency of the event.  It’s reliable. Honestly, I was contemplating a trip to Haiti in early 2020. Knowing that PAPJAZZ is on seals the deal for me.”

Another  huge challenge for the organizers is the scheduled date for the festival.  What will be the country’s status? Will they have to change dates, will artists be available?  Will they be able to host it at all? Those are some of the questions that will come into play as the date approaches.

What we do know, PAPJAZZ is a huge cultural and tourism asset for Haiti, one that Haitians locally and abroad can be proud of.  It is one of the few events of this caliber and magnitude that is socially inclusive with free access to 85 percent of the concerts and manages to attract international media coverage.

To learn more about the festival or donate to the campaign, click here. 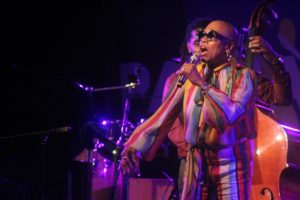 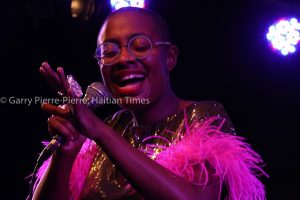