The Unifying Experiences of Caribbean Americans

There is no unified, singular Caribbean experience growing up in Brooklyn- but there are parallel experiences. Two Caribbean boys– one Grenadian, one Haitian, whose mothers brought them together saying “you boys are going to be friends.” It was unclear whether it was a prediction or a directive, but it proved true. As they grew up together, the Haitian young man went by a new name, Jan. He was ashamed of his Haitian name. He was ashamed of what it represented. He was afraid of what people would say or think.

He was my best friend. And it pained me that the culture here in New York made him feel as though he could not be proud of his Haitian roots and instead, buried them deeper. Witnessing his experience helped me realize I wanted to do everything I could to empower people, especially youths of more color, to feel proud of where they come from, and to embrace their culture, whether or not the larger society would, and I am happy he stands proud today of his Haitian heritage. As a Caribbean man, I recognize the need to uplift identity, not only for myself but also, for all of those individuals living their lives today who do not feel comfortable, or confident enough in themselves to do so. I do it for all the Nadèges and Medjines out there that may decide to go by Nina or Mary.

Having pride and solidarity for my own culture, and the cultures of other underrepresented, marginalized groups goes beyond the personal. It gets political, and I bring this mindset into my politics, because politics are a means by which to work on behalf of and protect people. I refuse to forget those who are too often forgotten, in this country and abroad.

My support for the Haitian community has always been driven not by votes, but by values. Whether providing resources to Haitian groups here in New York, helping get resources to the island after the earthquake a decade ago, or fighting to keep Temporary Protected Status in place, I have been proud to stand with and work on behalf of the Haitian community. Brooklyn and Haiti are interconnected- never more so than now, having at last created Little Haiti and with a Haitian studies program at my alma mater, Brooklyn College.

We’ve made progress together in the years since I met Jan– in my neighborhood, my borough, my city. Real, tangible progress. And that unity, stitched together over decades, cannot be pulled apart no matter the strains of an issue, an incident, an election. We share common goals and a common thread woven in the fabric of our community, which is something we can never forget.

Whether Haitian, Antiguan, Jamaican, Dominican, or Grenadian, it is our responsibility to uplift and empower our families and neighbors to recognize and understand where we come from and where we stand. Our roots are what ground us and create the foundation by which we can build community among ourselves and solidarity with others. That solidarity is not about what one can get, but what one can give. It’s true for me, it always will be, and I know it’s true for everyone in the community I’ve been proud to serve for over a decade. I know Council Member Farah Louis, who is proud of her Haitian heritage and also now serves that same community, shares this conviction – she has already demonstrated it in just her first months in office, and will continue to when she is re-elected. Join me in supporting her during tomorrow’s election on Nov. 5.

The challenges we face – the bigotry from the White House, the rising rents in our own homes, a system that perpetuates injustice and prejudice– are too great for us to be divided along borders or by politics. We all strengthen each other by standing united, or as it’s said on the Haitian flag for decades,  L’Union fait la force.

Jumaane Williams is the Public Advocate for the City of New York. 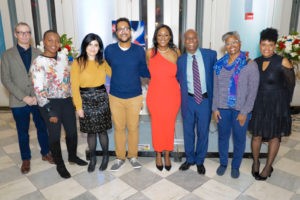 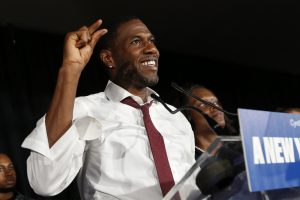