A seemingly personal conflict between Assemblywoman Rodneyse Bichotte and the executive director of the Haitian Studies Institute at Brooklyn College has cast a shadow over the future of the 3-year-old organization, tasked with conducting academic research and organizing community programs.

In a flurry of emails, Dr. Jean Eddy Saint Paul, the head of the Haitian Studies Institute threatened to resign and apologized to Bichotte for his misunderstanding of what she had said and pledged to work assiduously for the institute.

“I wanted to offer my sincere apologies to you and everyone else copied on this email for the two recent emails that I sent out,” Saint Paul wrote late Tuesday.” I acted on miscommunication and misunderstanding. I regret my reaction and I misspoke.”

Jonathan Greig is a journalist based in New York City working as a contributing writer for CBS Interactive. He recently returned to the United States after reporting from South Africa, Jordan, and Cambodia since 2013. 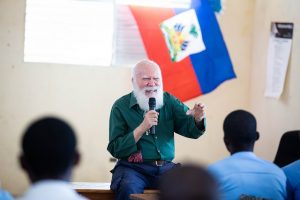