Starting on Aug. 20, American Airlines is once again reducing its direct flights from Miami to Port-au-Prince, cutting the number of daily flights from two to one.

The change is due to American Airlines’ cancellations of about 115 daily flights because of the ongoing grounding of the Boeing 737 Max jets, said American Airlines spokeswoman Martha Pantin.

The reduced Haiti flight schedule is supposed to last until Nov. 2.

Though not the only airline to fly to Haiti — Air France, Delta, JetBlue and Spirit all fly out of the U.S. — American has long been the dominant player in Haiti travel. It has its own second floor departure lounge at the Toussaint Louverture International Airport in Port-au-Prince and occupies six check-in reservation counters compared to JetBlue’s four.

Spirit Airlines, which flew its last flight from Fort Lauderdale to Cap-Haitien, the country’s second largest city, on June 18, said unrest and operational issues were behind its decision to suspend service. “We have not determined a restart date,” spokesman Derek Dombrowski said.

Haiti’s tourism market has been taking a huge hit since last July. First, mass protests and rioting over a proposed fuel hike led to temporary cancellations of international flights. Then in February, more anti-government protests and a nine-day shutdown of the country led the U.S., Canada and France to all raise their travel warnings. The decision prompted the booking company Expedia to temporarily remove all Haiti flights and hotels from its site.

The reduction in air travel options comes just as Haiti’s tourism market appears to be on the mend. In June, the U.S. State Department reduced its travel warning from Level 4 to 3. And last month, the diaspora, the country’s biggest market, began returning along with its musicians, who launched summer tours with packed street and bikini beach parties, and sold-out concerts.

“The more the Haitian community promotes Haiti or travel to Haiti, the more the airlines are reducing flights, canceling flights or overcharging on tickets to Port-au-Prince and Cap-Haitien airports,” said Wanda Tima, founder of the L’union Suite and the Haitian American, the largest Haitian American social media platforms. “So how are we supposed to boost tourism or vacation home if we keep losing flights and being forced to pay for pricier tickets.”

“The early flight is very popular,” said Joubert Pascal, a former airline employee who works protocol at MIA on behalf of the Haiti consulate in Miami. “Business people can come for the weekend and leave on Monday early enough to get to work.”

Pascal, like others, also raises concerns about the new time change given Haiti’s security issues and the fact that many of the Haiti-bound passengers do not live in Port-au-Prince and have to travel by public bus or car to their final destination. “I’ve spoken to the manager here in Miami about that. They told me the decision was made out of Dallas,” where American is based, Pascal said.

The new time change means some travelers may need to spend the night in Port-au-Prince, or forgo travel on American altogether where ticket prices are already high. Booking eight days ahead, a round-trip ticket for someone looking to travel on Aug. 20 with a return a week later would pay $1,484.

“Where’s the logic here?” said Georges Sassine, head of the Association of Haiti Industries and a frequent traveler from Port-au-Prince to Washington with a stopover in Miami. “All the flights from Haiti are already the highest passenger per mile ticket that we pay.”

“Why is that?” he said, before turning to Haiti’s ongoing political turmoil and lack of a functional government to answer his own question. “There is no one in the government to put their foot down and to say to American either they change course, or we get somebody else.”

The decision reduced the number of American Airlines flights to Haiti each day from six to four — with all four, including a daily flight to Cap-Haitien, departing from MIA. The cuts were part of a series of reductions, including the end of service into Scotland’s Glasgow Airport and Mexico’s Puebla International Airport, the U.S. carrier said at the time.

Pantin said the latest reduction is part of a number of changes that have come into play at the beginning of August and throughout the fall. For example, there will be changes to Dominican-bound flights, with American reducing its five daily flights to Santo Domingo to four on Oct. 20. Other destinations in the country will also lose a flight each starting on Aug. 19.

The airline is also operating a reduced schedule to Cap-Haitien. Starting Sept. 4, American will operate four flights a week: Tuesday, Thursday, Saturday and Sunday. Then starting on Nov. 21, it will increase to five weekly with no flights on Wednesdays and Fridays, and will return back to daily service on Dec. 18, Pantin said. Continue reading 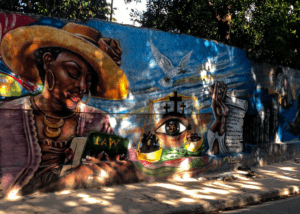 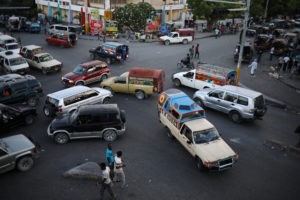 3 COMMENTS ON THIS POST To “American Airlines, Spirit reduce service to Haiti just as tourism appears to make comeback”