Nicaragua and Bermuda, Haiti’s Rivals in the Gold Cup

Haitian soccer fans can look forward to an exciting few weeks of action as the national team prepares to take part in the CONCACAF Gold Cup. Sixteen teams have qualified for the big tournament and Haiti earned a place when they beat Cuba 2-1 at Stade Sylvio Cator back in March. Marc Collat’s men have landed in a group with Costa Rica, Nicaragua and Bermuda and they have a strong chance of qualifying for the knockout stage. Competition will be fierce, but Collat has a number of quality players at his disposal and it will be interesting to see how this young side fares.

The tournament is hosted by the United States, Costa Rica and Jamaica, and Haiti’s campaign begins at Estadio Nacional de Costa Rica with a game against Bermuda. Next up they head to the Toyota Stadium in Texas for an eagerly anticipated showdown with Nicaragua, and then they head to New York for a crunch match against Costa Rica at the Red Bull Arena on June 24. It will be an exciting time for the players, who will be keen to shine in these big arenas on such an important stage.

The betting odds at top sportsbooks such as Bovada show that Haiti are massive outsiders to win this tournament. You can find odds of 100/1 on them securing victory, while Mexico are priced at 11/8, defending champions USA are 6/4 and Costa Rica are 8/1. Yet Haiti could defy those odds. They should be able to get out of Group B, as two teams from each group progress, and then anything can happen in the knockout stages.

Costa Rica are 38th in the FIFA world rankings, the third highest placing of any team at this tournament. It makes sense to see them as third favorites to win it and they should be able to qualify for the quarter-finals, leaving one available space. Haiti are ranked 100th by FIFA, yet that leaves them comfortably higher than Nicaragua and Bermuda, who are 129th and 175th respectively. It could well come down to a battle between Haiti and Nicaragua, and Collat’s men should have the psychological advantage there, having beaten Nicaragua 4-3 on aggregate in a recent qualification playoff final. They then went to Nicaragua and won 2-0 in November 2018m despite having Wilde Donald Guerrier sent off in the 15th minute.

Collat has chosen a pretty young and inexperienced 23-man squad for the tournament, but that simply adds to the intrigue. There are some experienced players – goalkeeper Johny Placide, defenders Guerrier and Mechack Jerome – but most of this group is young and largely untested on the international stage. A great deal of responsibility will be placed on the shoulders of St Mirren forward Duckens Nazon, who has banged in 16 goals in 26 games for the Grenadiers. Derrick Etienne is now a fixture in the New York Red Bulls team and he will be excited to play for Haiti at his home arena.

Preparations for the tournament have been somewhat fraught, as a lack of cash put the whole participation in jeopardy. Yet that appears to have been sorted out and the team can concentrate on getting down to business on the pitch. There are some extremely talented teams taking part, but let us not forget that Haiti boasts a rich heritage at this tournament. The Grenadiers finishes runners-up in 1971, won it on home soil in 1973 and finished second again in 1977. They were quarter-finalists as recently as 2015 and they now have an exciting young team that conjure up memories of former glories, so they deserve a great deal of support over the next couple of weeks. 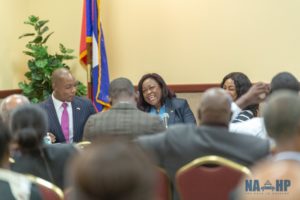