ICE officers are no longer allowed to enter courthouses without a warrant.

By Naeisha Rose Last week, the New York State Office of Court Administration (NYS OCA) issued a directive limiting U.S. Immigration and Customs Enforcement (ICE) officers from showing up to courthouses unannounced and without a warrant giving Haitian immigrants who are confronting citizenship or other legal woes a third form of protection from deportations. On top of this decree, there were two injunctions that have prevented the elimination of temporary protected status (TPS) for Haiti earlier this year. Effective April 17, ICE agents must identify themselves when entering a courthouse and state their purpose. They must also wait for Office of Court Administration officers to notify the judge of any law enforcement presence in the courthouse who intends to arrest a litigant, and the agents must have a judicial warrant or order from a federal judge to authorize the arrest, according to NYS OCA. In addition, no law enforcement action can be taken in a courtroom at all and court officers must file an Unusual Occurrence Report for any law enforcement action taken in a courthouse. “Our legal system is based on equity and equal accessibility to justice. The NYS OCA directive to bar federal immigration agents from arresting individuals inside state courthouses without a judicial warrant is a positive step forward in the right direction,” said Assemblywoman Michaelle C. Solages (D-NY). “However, we can not stop there. New York State must extend protections to the perimeter of courthouses, where many immigrants are ambushed and harassed by ICE agents. Enacting the Protect Our Courts Act will prohibit ICE from coursing and arresting immigrants outside of our courthouses.” TO READ FULL STORY Sign in to your account. Haitian Times’ Subscription, Billed Monthly Haitian Times’ Subscription, Billed Yearly One month access 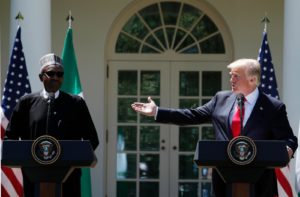