Haiti’s once growing tourism sector just got hit with another setback. JetBlue and Air Canada are limiting daily flights to the country, which on Wednesday announced that it is canceling this year’s Carnival, scheduled to kick off this weekend.

“Violent protests in Haiti that started in early February have largely subsided, but Canada, France and the U.S. State Department still have “Do Not Travel” warnings in place. The State Department has its highest level four travel advisory in place, and ordered the evacuation of non-essential employees and their families from the country this month.

On Wednesday, the State Department announced that Under Secretary for Political Affairs David Hale will travel to Haiti on Friday to meet with President Jovenel Moïse, opposition groups and others in hopes of fostering a national dialogue to break the political gridlock.

Opposition parties and others have been protesting the high cost of living and demanding the departure of Moïse and the arrest of those involved in squandering billions of dollars of aid money from Venezuela’s PetroCaribe discount oil program.

The airlines’ decision to limit service to Haiti comes after the travel site Expedia and its subsidiaries Travelocity, Orbitz, Hotwire and CheapTickets blocked travelers from booking flights to the island. As a result of the warnings and the unrest, hoteliers have seen a significant drop in room occupancy with some hotels being almost empty. A recent visit to the Marriott Hotel in downtown Port-au-Prince found just four diners in the restaurant during breakfast last week.

Other airlines, including Delta and American Airlines, are offering waivers for customers who want to change their plans. Meanwhile, Spirit Airlines, which flies into Cap-Haitien, remains unchanged. 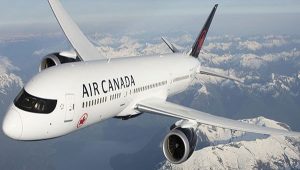