Azealia Banks is at it again. The Harlem native sparked an old flame by taking aim at Cardi B via Instagram on Tuesday night. With Cardi boldly speaking out against the government shutdown, Banks suggested she should now shift her focus toward her roots and the Dominican Republic’s “ethnic cleansing” of Haitians.

“I would love to see Cardi say something to the leaders of the Dominican Republic about its ethnic cleansing and deportation of Haitians,” Banks said on her Instagram story. “Going after Trump is just an easy way to get press. Don’t chastise Trump and Tomi Lahren for being racist if you can’t be bothered to criticize your own people about the rampant racism in the Dominican Republic.”

The “212” rapper drew a parallel by comparing what the DR is doing to Haitians by stripping them of citizenship to Donald Trump’s immigration policies against Latin American immigrants.  Continue reading 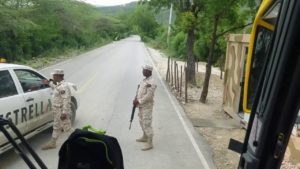