Twelve of the plaintiffs in the Petrocaribe case went on hunger strike at the Port-au-Prince Courthouse on Wednesday. These twelve complainants believe that the file has not been processed expeditiously, one year after the filing of their complaints. They started this protest to demand that the ones that dilapidated the $ 3.8 billion are arrested, Le National reports. Continue reading

According to economist Pierre Marie Boisson, the textile subcontracting industry has the capacity to create 100,000 jobs, as was the case in 1988 or so up to 200,000 jobs. Boisson views socio-political instability, delays in the construction of production spaces, overvalued currency, strikes of customs officers as difficulties that the Haitian economy faces. With the policy of financing industrial parks set up by Haiti’s central bank, this industry has a bright future ahead of it, Le Nouvelliste reports. Continue reading

Pierre Josué Agénor Cadet, the Minister of National Education and Vocational Training, launched the 4th edition of the citizenship education campaign on Wednesday. The theme of the campaign is “Ann kole tèt pou yon lòt Ayiti”, or let’s come together for a better Haiti. A music competition was part of this education campaign, which aims to achieve responsible, citizen-centered behavior for the well-being of youth and the community. It targets young people aged between 14 to 20, enrolled in a school. The Ministry has about three million gourdes to start this competition. Young people will be rewarded with books, computers and scholarships. The final is scheduled on March 22, Alterpresse reports. Continue reading

Haitian state will take legal action against former officials accused of embezzling Petrocaribe funds. General Director of the General Directorate of Taxes(GDT), Miradin Morlan, says that the process of preparing files has already been launched. Members of the government and Director of the GDT, Legal Representative of the State, have had two working sessions over the last weeks around the file. Morlan did not announce a date for filing of the complaint. He suggested that the launching date for the lawsuit is a prerogative of the political authorities, Radio Metropole reports. Continue reading 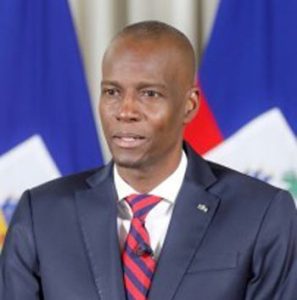