A lot of mangos disappear or end up as juice in Haiti before they get to the in Portau-Prince,’ says researcher Rene Oostewechel of Wageningen Food & Biobased Research. He and Jan Brouwers of Wageningen Centre for Development Innovation did a study for the World Bank to see how mango farmers could earn more from exports to the US.
Continue reading

Clarens Desrouleaux, a Haitian man who served five years in prison after being framed for unsolved burglaries by Biscayne Park police, is accusing the town and three officers of violating his civil rights in a federal lawsuit.
Continue reading

US Embassy is ready to work with new government

“The United States will continue to work with Haiti to strengthen border security through our collaboration with Haiti’s National Police and the Haitian Coast Guard.

We are proud of the partnership between the United States and Haiti as we work together towards our common goal of a prosperous, secure, autonomous and democratic Haiti.” said the embassy. Continue reading

MINIJUSTH welcomes the installation of a new prime minister

MINIJUSTH leader reiterates the United Nations’ commitment to a continued partnership with Haitian authorities to implement MINIJUSTH mandate as part of an exit strategy to conclude by the end of 2019. Continue reading

The head of the Haitian state, Jovenel Moise, went on the offensive in the Petrocaribe case. He plans to solicit the assistance of international experts to conduct a thorough and impartial investigation to shed light on accusations of mismanagement of funds granted by the Government of Venezuela under an agreement to purchase oil products. Continue reading

The United Nations Development Program (UNDP) has just released its flagship document, “Human Development Indexes and Indicators: Statistical Update 2018”, presenting the Human Development Index (HDI) of 189 countries and territories using the most recent data for 2017. Once again, the Republic of Haiti is the only country in the Latin America and Caribbean region that appears in the category “weak human development” and points to 168th place. Continue reading

“This is one of the strongest corruption centers in Haiti.”

While making the “Caravane du (caravan of change)” the biggest plan of action for his administration, President Jovenel Moïse and the rest of his team are insisting it’s a strategy and not a government program. The caravan, which is supposed to cover the country, serves to give visibility to one person, President Jovenel Moise himself, told the North-East Senator, Jacques Sauveur Jean, when he appeared on a TV show on Monday. Continue reading 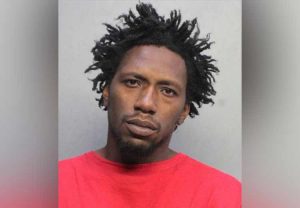 2 COMMENTS ON THIS POST To “Haitian Times News Roundup – Sept. 19”