Gaëlle Bien-Aimé’s presence never goes unnoticed. The 30-year-old woman is lively and has a contagious laugh — and it’s no wonder that she’s a comedian, playwright and a vocal feminist.

The Bookshop in Miami that Has Preserved Haitian Culture for Decades

The Haitian playwright and activist Jan Mapou founded Libreri Mapou in 1990, and it has since become a neighborhood staple.

Family Caregivers Are Getting A Break — And Extra Coaching

Across the country, community groups, hospitals, government agencies and nonprofits are doing more to support at least some of the estimated 42 million people who are the primary caregivers of adults and children who have disabilities, are recovering from surgeries and illnesses or are coping with Alzheimer’s and other chronic diseases.

Advertisements
haiti news Haitian News
Family Caregivers Are Getting A Break — And Extra Coaching
Got a New Product? InventHelp Can Help you Launch it 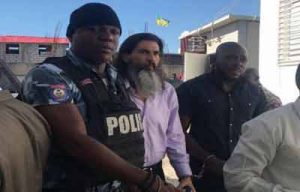