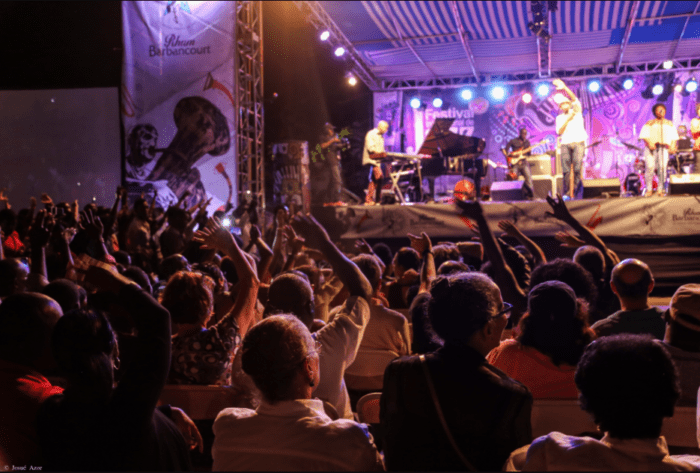 The festival kicks off at Karibe Hotel in Pétion-ville, with events and workshops taking place in various locations across the city for the remainder of the week.

For Milena Sandler, foundation manager of Haiti Jazz Foundation – the umbrella organization that organizes the annual event, the Jazz festival is just as much about the music as it is about combatting misconceptions about Haiti.

When people think of Haiti, the first thing that comes to mind is instability and poverty.

“Yes, there’s a lot of poverty, but at the same time, the Haitian people have a real ‘Joie de Vivre’ that you can feel through their smiles and faith for a better tomorrow,” Sandler said in an interview with forbes.com. “Attending PapJazz does something to you, anyone who goes come back with a new outlook on Haiti and a better understanding of what the country could become.”

This year’s festivities includes a surprising twist with the inclusion of famed EDM DJ, Michael Brun, who will be closing out the festival at Royal Decameron Beach and Resort Spa.

“We didn’t pick just any DJ, Michael includes his Haitian jazz roots into his sound,” Sandler said. “Haitian music is very diverse and the inclusion of all kinds of music is what’s made us successful. Michael is a great illustration of this.”

The festival has a variety of tourist packages for attendees to choose from, including:

JAZZ CELEBRATION (5 days – all included) from 20 to 24 January 2018 for the weekend opening PAPJAZZ: a tower that offers exploring of Port-au-Prince through an unusual and eclectic cultural circuit.

JAZZ IN THE SUN (3 days – all included) from 27 to 29 January 2018 for the weekend’s closing PAPJAZZ: Facing the sea, the waterfront, and jazz in the ears well exploration seabed and discover the Island of Gonâve.

Jazz’n DISCOVERY TOUR (10 days – all included) from 20 to 29 January 2018 for the duration of PAPJAZZ: A stay combining seaside attractions, tours and art including an unforgettable culinary experiences for a change of scenery.

“Haiti’s edge and strength from a social & touristic perspective, is its culture and the Port-au-Prince International Jazz festival is a platform that showcases not only jazz music from all over the world, but also all the diversity of the rich Haitian music and art,” Haiti Jazz Foundation President, Joel Widmaier, said. “Approaching this 12th edition, we can proudly say that the PAPJAZZ fest is unique, well organized, caters to all audiences and is a must.”