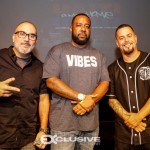 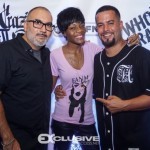 “Hip Hop has gone global and affects the lives of people around the world,” said Executive Producer Eric F.Narciandi, who also goes by DJ EFN.

“We’ve already shown the undeniable presence of our culture in Cuba and Peru. With the third installment filmed in Haiti, we felt that Miami’s Little Haiti area would be the perfect location to preview it.”

In 2012, Narciandi and business partner Michael Garcia formed Crazy Hood Film Academy and produced their first feature film, a documentary about the Hip-Hop scene in Cuba entitled “Coming Home.” The film was named Best Documentary at The People’s Film Festival in 2013 and went on to be featured in several film festivals domestically and internationally.

The previous installments from Cuba and Peru are currently airing on Revolt TV. Guest appearances on “Coming Home: Haiti” include Ras Kass, M1 of dead prez, Barikad Crew and Rockfam.