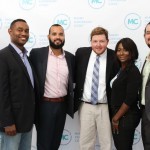 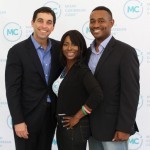 Miami Caribbean Code (MC2) hosted its inaugural Regional Tech Summit on June 25 in Miami, where technology leaders and innovators convened to discuss ways South Florida and the Caribbean can work together.

“There is tech talent in our community and in the Caribbean,” said Eveline Pierre, co-founder of Miami Caribbean Code. “Our goal at MC2 is to bring out the talent and work together as partners.”

Among the tech leaders and innovators on scene that helped co-founders Pierre and Serge Rodriguez make the Regional Tech Summit a success was Matt Haggman, program director of the Knight Foundation, who kicked off the event with opening remarks.

Fonseca’s speech focused on ways Miami and the Caribbean can become regional partners and maximize on technology innovations.